Public education systems around the world have come under intense scrutiny due to uncertainty about the future of world economics. Loathe to repeat the mistakes of the past, innovative educators everywhere are pooling their knowledge and resources, and sharing their triumphs with the world. From astronaut Mae Jemison who insists on the cultivation of the arts, to spirited Bronx-based educator Stephen Ritz who has revolutionized indoor agriculture, these fascinating, enlightening and sometimes heartbreaking TED talks about education are among the most inspiring lectures ever given.

Former third-grade teacher and current instructional designer Ali Carr-Chellman demonstrates through shocking statistics that boys have a higher rate of educational difficulties than girls. She also explores the distressed educational climate produced by zero-tolerance policies, fewer male teachers and compressed early learning curricula that could be affecting the success rate of boys from kindergarten through university. Finally, she proposes educational re-engagement through the familiarity of gaming.

In this fascinating presentation, Art Benjamin performs and displays spectacular computational feats and engages the audience by inviting calculator wielding members to the stage to check his answers. He calculates 3-digit squares faster than any calculator and shows the audience how his mind arrives at 9-digit solutions.

British researcher Charles Leadbetter describes successful education systems from Finland to Rio and the common threads between them. He discusses the best ways to attract the poorest students to education and relates their success to a theory of vantage-point focused education.

In this eye-opening talk, Daphne Koller, Co-founder of Coursera and third-generation PhD, discusses the cost-prohibitive inaccessibility of superior higher education and the lack of employment value that is symptomatic of lesser-quality education. She proposes free online courseware from the top universities as a way to understand how students learn and what educational tools work best.

Diana Laufenberg: How to learn? From Mistakes

Teacher Diana Laufenberg shares anecdotes about how children learn and details vast experiences about learning from failure and not squeezing students into the ‘Get everything right’ paradigm.

Kakenya Ntaiya’s deeply touching talk details her journey to education in Kenya and her eventual graduate education. She also tells of how she has impacted the lives of 125 girls by building a school on her home soil and the difference it has made in her community.

Sir Ken Robinson discusses the necessity of public education reform around the world and why children need to be trained to become creative thinkers rather than good workers. He also outlines the three issues he believes are plaguing the modern public education system.

Mae Jemison on Teaching Arts and Sciences Together

Astronaut Mae Jemison explores why revitalizing art and science programs in schools will lead to bold thinkers and a more enriching future. In this talk, she argues that almost all of the scientific achievements of the present were built from the research and ideas of the past 20 to 50 years, making it vastly to our benefit to cultivate such curiosity now.

Recalling the day that her father learned from the radio that the Taliban had been removed from power, 22 year old Shabana Rasikh recounts her father’s joy that she would from then on be allowed to go to a real school. Risking her life to get an education every single day as a child, she now runs a school for girls and women in Kabul.

Stephen Ritz: A Teacher Growing Green in the South Bronx

In this energetic talk, Bronx-based teacher Stephen Ritz details his extraordinary success with an indoor organic gardening program and how he helped to create the youngest certified workforce in the nation, while simultaneously producing highly successful students. 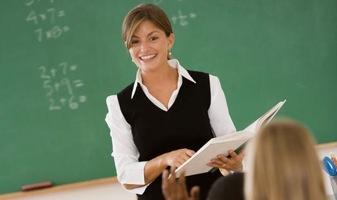 Our mission is to help you in your quest to become a teacher by providing high quality information about the teaching profession, teaching specialties, and the best teacher colleges and degree programs available.